A Video of The Importance of Being Earnest – SiSP 2021

If you missed the live performance, we're delighted to be able to share the digital version of this audience favorite.
0 Comments
November 11, 2021
"
South Park News

Thanks to the generosity of the team at The Next Wave, we’re delighted to share the video of The Importance of Being Earnest by Oscar Wilde (A Trivial Comedy for Serious People).

Produced by Phyllis Tonne and Galen Wilson, directed by Galen Wilson, it is the twelfth production of our own Shakespeare in South Park for its annual outdoor summer theater event. It ran the weekend of September 10 for three performances in the South Park Green (Hickory at James).

In 1890s England, two carefree young gentlemen, Jack and Algernon, lead harmless double lives using the same false name, Ernest Worthing. All is well until they fall in love with Gwendolen and Cecily, which leads to an astonishing discovery of identities. Famous for its wit and wordplay, The Importance of Being Earnest is a tonic of delight and hilarity.

Cast and crew credits appear at the end of the video. Thank you everyone!

A party to welcome our newest neighbors! Thursday, May 12, 6-9 pm. Please RSVP and bring a dish to share. 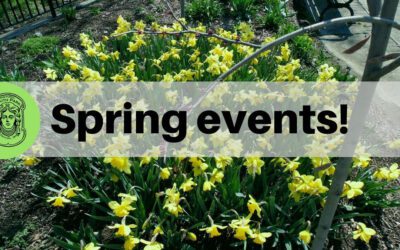 A Street Card for those in Homelessness